About:  “The man who portrays “The Most Interesting Man in the World” has come to the aid of the College of St. Joseph. 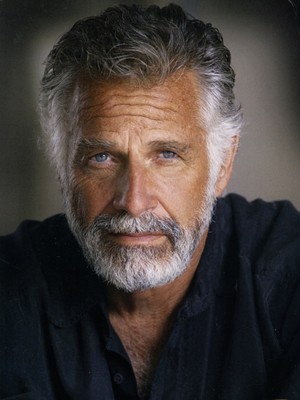 Jonathan Goldsmith, Vermont resident and actor best known for his iconic role in the Dos Equis commercials, will present an evening of Hollywood Tales on Sunday, March 3 at 7:30pm in CSJ’s Tuttle Theater. Proceeds from the event will benefit CSJ as well as the Congregational Church of Rupert.

Goldsmith, who was the CSJ Commencement Speaker in 2014, will share some of his most interesting and memorable stories from an acting career that spans over fifty years. Goldsmith has appeared in more than 300 television shows including “Charlie’s Angels,” “Knight Rider,” and “MacGyver.” He starred alongside Burt Lancaster in the 1978 drama “GO TELL THE SPARTANS,” which chronicled a unit of American military advisers in Vietnam. But his role in the Dos Equis commercials made him into a cultural icon in what was one of the longest-running and best-received ad campaigns in US history. He is now the face of a new ad campaign for Astral Tequila, and recently had a cameo in a new Super Bowl commercial, appearing alongside Jeff Bridges and Sarah Jessica Parker.” https://www.csj.edu/hollywood-tales-with-jonathan-goldsmith-sunday-march-3rd-at-730pm/

Please join us for Sunday Services:

Our parking lot entrance is on south side of West St (Business Route 4), one block west of Main St. (Route 7).

We look forward to seeing you!

Seek, and ye shall find …

"At the name of Jesus every knee should bend, in heaven and on earth and under the earth, and every tongue confess that Jesus Christ is Lord."